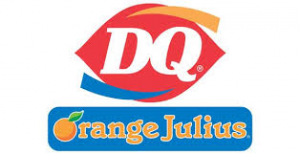 When you think of Dairy Queen, you probably think of one of your favorite national restaurants, but did you know that the Dairy Queen in Seymour is owned and operated locally?

Terri Henry, and her children Briana and Jordan, own and operate the business.

Terri has an extensive history with the business in Seymour.

She started working there on April 6, 1977, while she was in high school.

“My grandmother told me they were hiring and I needed to get a job to get me through high school because my parents were divorced,” Terri said.

Terri even graduated from the International Dairy Queen School in Minneapolis, Minnesota in 1985. Her story has been featured in the World of DQ magazine as well.

Terri said she always had a love for the Seymour store and that she and her late husband, Jeff, had decided if it ever went up for sale, they’d purchase it.

Since they purchased it 20 years ago, the local shop had grown to employ 17 people.

“The Dairy Queen is always a fun place to work and we consider all of us as one big family,” Terri said.

Terri said she remembers when Blizzards were introduced in 1985 and that the products, which feature a variety of candy flavors, have been popular ever since.

Banana splits and peanut buster parfaits have always been a hit, too, she said.

“Especially on Throwback Thursdays because they are on sale,” she said.

The best part of operating the Dairy Queen in Seymour is getting to know all of the customers, Terri said.

“A lot of them we have gotten to even call by name because they frequent the restaurant often,” she said. “We love our Dairy Queen!”