The Medora Brick Plant operated in Jackson County from 1906 to 1992. The brick plant used locally produced shale to make the brick that was then fired in the 12 beautiful beehive kilns. Fifty men produced 54,000 bricks a day, six days a week until the plant closed in 1992. Thousands of roads, homes, businesses, universities, ffactoires were built using Medora bricks. Rehabilitation efforts are underway. Visit Save the Medora Brick Plant on Facebook. 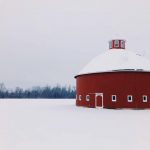 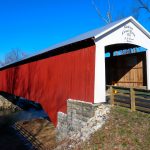