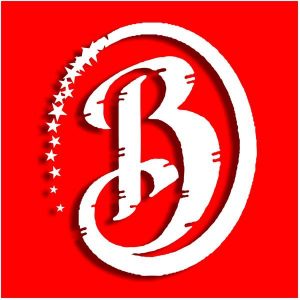 What started as a gift shop in 1997 has grown into one of the top restaurant destinations in the state.

Batar Cafe and gift shop was named to the Indiana Tourism Bureau’s Top 20 Destination Restaurants in the state.

Owners Dick Tracy and Ken Sashko are proud of the business they’ve had a hand in and have grown.

Originally, Tammy VonDielingen started the store, which featured home decor and gifts. Her growing customer base often told her how they wanted a place to sit down and enjoy the view with a cup of coffee or tea.

The way the story is told is that was all VonDielingen’s mother, Barbra Tracy, needed to hear and a year later, Cafe Batar was born in a separate building.

In 2009, Tammy closed the store, so the cafe grew again to add the gift shop. Then in 2016, Barbra handed the business over to her son Dick, and his partner Ken.

The two decided to leave their life in Chicago where Dick worked as an advertising creative director, and Ken worked for United Airlines. At first he thought it was a mistake to move from the big city he always knew to a smaller community like Seymour.

But, over time he learned to slow down and find his grove as Batar’s cook.

Over the years, seating has increased from 12 to 74 and two dining rooms. In 2017, the business expanded to add Muscatatuck Hall, which is a separate building dedicated to larger events like bridal showers, birthdays and weddings. They also added Wednesdays to their hours of operation.

The most challenging part of the business is finding help that is suitable to the business.

“Finding the right people is critical to our success and we take the time to find the best fit for our style,” Dick said.

Over the year,s they’ve become known for popular menu items like their homemade chicken salad, which they started selling by the pound after so many customers asked for it.

“It’s huge and makes my mouth water whenever I put it on the grill,” Ken said.

Free birthday cupcakes also have been very popular, which they gave about 236 out last year.

The two agree that the best part about owning Batar is being a place where people come together to bond.

“Given our central location, we are often the meeting place for long lost friends coming in from all directions,” Dick said. “They meet here and hug, chat, laugh, cry and visit all day.”

Some of their favorite memories are spending time with loyal customers like an older couple who are always bickering.

“We had just reopened for the season and they walked inside the front door,” Dick said. “She had her arms outstretched for a big hug. Well, as I was trapped in her bear hug hold, I looked up at her husband and said, ‘What’s wrong with you? Didn’t you hug her enough over the winter?'”

That’s when the husband said, “It’s hard to hug a woman when she’s smacking you in the head!”