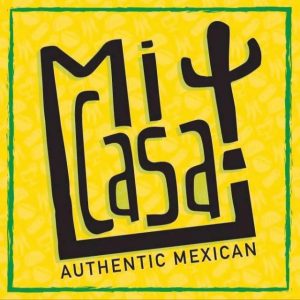 Only a few months after opening, Martin and Connie Hernandez felt that they may have made a mistake when they  decided to open their restaurant.

“We were beginning to feel we had maybe made the wrong decision and hadn’t prayed enough,” she recalled. “But God in His grace and mercy, answered our prayer.”

Mi Casa opened in May 2011 and has since outgrown their original location and become a community favorite, serving up local Mexican cuisine.

Connie said it was difficult leaving downtown because all of their customers had become like family, but God again opened up a bigger door for them when they grew big enough to fill their new location on Broadway Street in Seymour in January 2015.

Customers often return to their restaurant for a variety of dishes, but one of their most popular is arroz con pollo, which is a mixture of grilled chicken, rice and queso cheese.

Some of the menu items are even named after customers. The first menu item was named after a girl named Anna.

The girl always ordered the same thing every week, so they decided to name the dish after her.

“Now Anna is in the sixth grade, but she was 4 years old at the time,” Connie remembered.

Connie joked that Martin still loves to cook, but she is not as much of a fan of that anymore. She admitted that she loves talking, and most of Mi Casa’s customers have come to know that.

Maybe the secret to a great hometown restaurant is the way they treat their customers.

“We no longer see them as customers, but family,” she said. “They’ve watched out boys grow as we’ve watched their children grow, like Anna. We love our Mi Casa family more than we could ever put into words.”